GALWAY CITY TRIBUNE -Insight, humour and philosophy in The Invention of Shoes 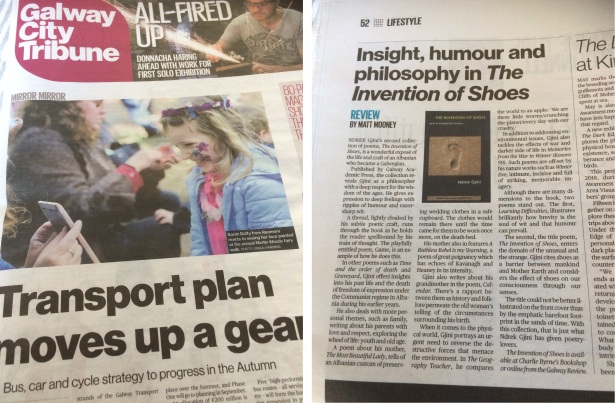 Ndrek Gjini’s second collection of poems, The Invention of Shoes, is a wonderful exposé of the life and craft of an Albanian who became a Galwegian.

Published by Galway Academic Press, the collection reveals Gjini as a philosopher with a deep respect for the wisdom of the ages. He gives expression to deep feelings with ripples of humour and razor-sharp wit.

A thread, lightly cloaked by his subtle poetic craft, runs through the book as he holds the reader spellbound by his train of thought. The playfully entitled poem, Game, is an example of how he does this.

In other poems such as Time and the order of death and Graveyard, Gjini offers insights into his past life and the death of freedom of expression under the Communist regime in Albania during his earlier years.

He also deals with more personal themes, such as family, writing about his parents with love and respect, exploring the wheel of life, youth and old age.

A poem about his mother, The Most Beautiful Lady, tells of an Albanian custom of preserving wedding clothes in a safe cupboard. The clothes would remain there until the time came for them to be worn once more, on the death-bed.

His mother also in features A Ruthless Rebel is my Yearning, a poem of great poignancy which has echoes of Kavanagh and Heaney in its intensity.

Gjini also writes about his grandmother in the poem, Calendar. There’s a rapport between them as history and folklore permeate the old woman’s telling of the circumstances surrounding his birth.

GALWAY CITY TRIBUNE -Insight, humour and philosophy in The Invention of Shoes 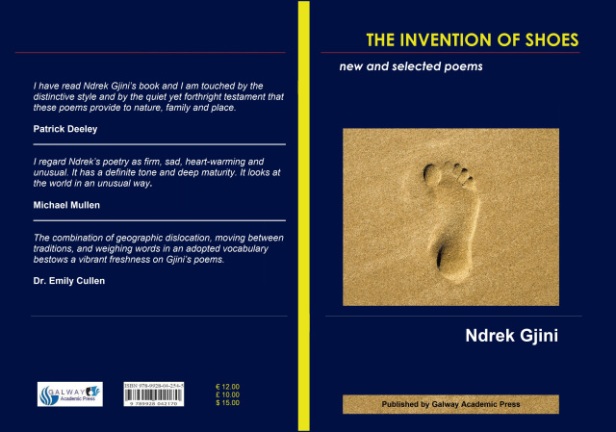 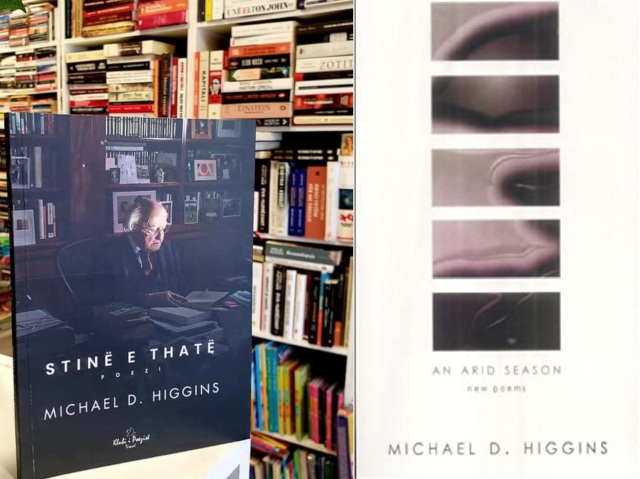 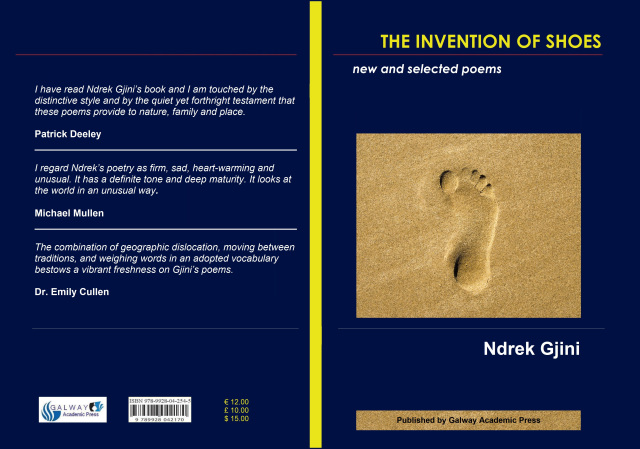