Ndrek Gjini was born in Albania. After his graduation from the University of Shkoder in Albania, with a BA (Honours) in Language and Literature, he worked first as a teacher and then as a journalist. During these years he published four books in the Albanian language, and many poems, reviews, essays, and articles in Albanian newspapers and magazines.

In 2002, he moved to the West of Ireland. In 2004, he undertook a course at Castlebar College of Further Education that led to a National Certificate in Print Journalism.  At Galway-Mayo Institute of Technology he earned a BA (Honours) in Heritage Studies, (2010).

In 2011 he received an MA in Writing at National University of Ireland, Galway. His research and teaching interests are in digital humanities, book history, textual studies and bibliography, scholarly editing, and 20th-century literature.

Since 2014 he guest lectures regularly at the (Writers’ Seminar) in the MA in Writing course at the National University of Ireland, Galway. His poems, short stories, and reviews have been published in Journals and Magazines in many countries.

Ndrek’s first collection of poems in the English language, The Death of Night, was published in 2011 by EMAL, and his second book The Invention of Shoes was published in 2019 by Galway Academic Press. He was selected to read at the Curit International Festival of Literature in 2019, the Strokestown International Poetry Festival in 2011, and was a featured poet in the ‘Cyphers’ Magazine, Issue 71. and  85 . His work has also been published in The Mayo Anthology (Present Tense), in 2006, and in the Writing4all Anthology, “The best of 2011”,  MUSE INDIA, Issue 76, 2017, ‘The Connaught Telegraph’, ‘Galway Advertiser’, ‘Galway City Tribune’, and ‘Sin’ are among other newspapers and magazines where his work has been featured. He has been invited to read at the Galway- Mayo Institute of Technology on both Galway and Castlebar campuses and at the Culture Night events.

He was selected among the 50 personalities included in the book published by Albanian Excellence 50×50 Symbol of a Generation.

During 2012-2013, he worked, as the  Arts Office Assistant, in the Community and Culture Department of the  Galway City Council.  From 2013 until July 2015, he worked for the Galway Education Centre. From 2015 to June 2020 he worked as Admin and  IT Support for Footfall. Currently, he works as   Managing Editor of  The Galway Review.

On April 12th, 2022, President Higgins received Mr. Ndrek Gjini, who presented a copy of the President’s poetry collection “An Arid Season” which he translated into Albanian. 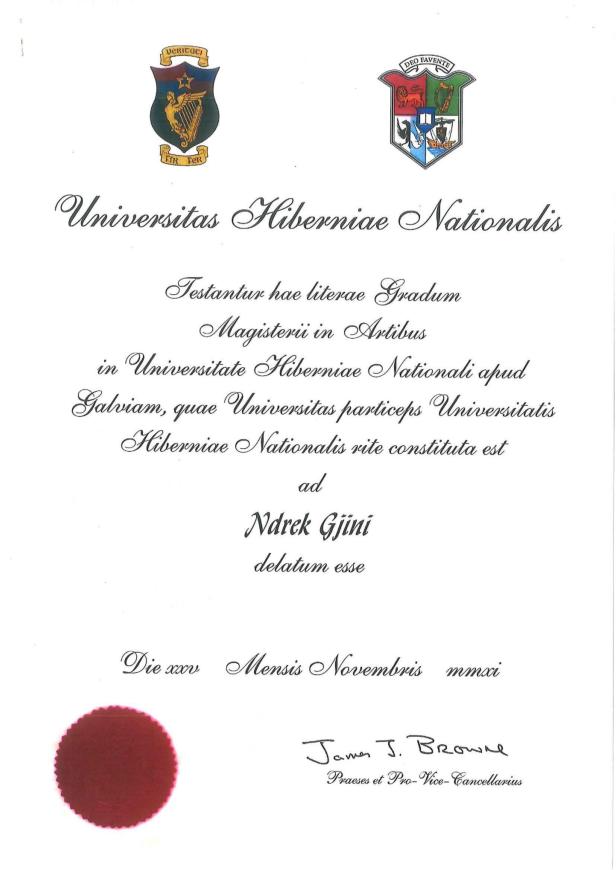 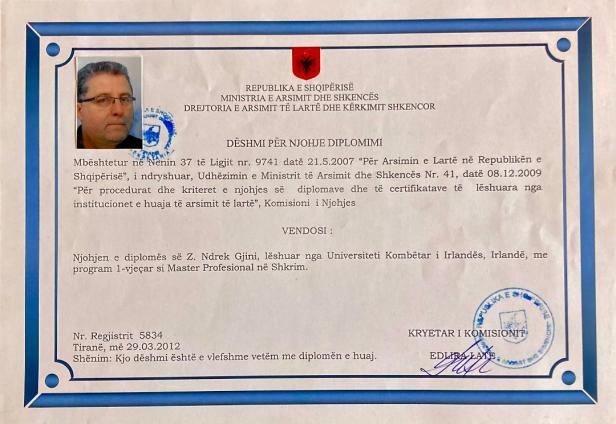 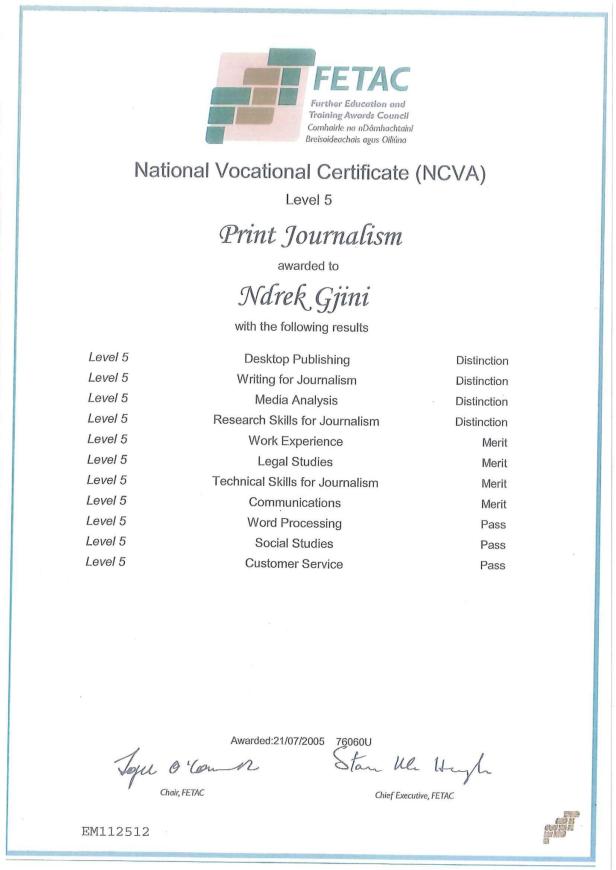